Stand Up for Justice 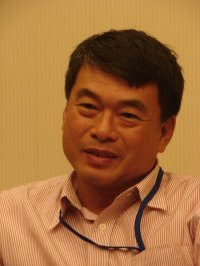 Malaysians are tested on their will to fight. Will we find the going too difficult? Will we find it easier, more convenient and expedient to accept rampant corruption, abuse of power and oppression? Anwar was fully aware after his release that they will lock him in again if he returns to fight. That is the price Anwar is prepared to pay. Anwar is prepared to fight. Anwar will never surrender The question is whether Malaysians are prepared to fight with him and never surrender?

Attempt to tar and tarnish Anwar
Anwar Ibrahim is in the dock for a second time because he wants to lead Malaysians out of the darkness of racial politics, religious intolerance and authoritarian arrogance. Anwar wants to lead us into the light of multiculturalism, mutual respect for religions and the rule of law.

They dare not face all Malaysians in open debate. They prefer closed door meetings. They are so afraid they are continuously adopting ever increasingly extreme positions on race, religion and royalty to hold on to power. They want to tar and tarnish Anwar Ibrahim as a traitor to his race and religion. They want to make sure he will not be able to lead and to open the minds of those who have been closed by half a century of propaganda and misinformation.

Race, Religion and Royalty
It is no coincidence that before the trial, Muslims and Non-Muslims have to deal with such sensitive issues as the use of “Allah”, the burning and attack on churches and other places of worship and when the desired response was not forthcoming, suraus have been attacked. Malaysians were put to the test. I am proud to say that Malaysians passed the test. They showed Malaysians have the wisdom and the tolerance not to be provoked by these trouble makers.

It is no coincidence that these mischievous troublemakers have been desecrating religious symbols after the 12th General Elections. They stomped on cow heads and now resort to throwing boar heads. Boar heads wrapped in newspapers and plastic tied with a string so that the person throwing will not have to touch it. I have never come across a Chinese who hold a pig with a string!

It is no coincidence the special assistant to the Prime Minister calls Indians beggars and Chinese women prostitutes. Last year one of their leaders called Malaysians of Chinese descent “Pendatang”. It was a seditious statement. He was suspended as an UMNO member but it was Teresa Kok and a Chinese newspaper reporter that were detained under the ISA.

All these happened because you want change. All these desperate acts are because you want fairness, you want justice, and you want the rule of law. Today we are tested again. We were tested 10 years ago. Too many of us then were afraid. Too many of us then knew it was wrong but we had property to look after, we had our business to think about, we had a wife and family. Let someone else protest. Let someone else demonstrate. We will cheer from the safety of our homes. We will stay on the sidelines out of harm’s way.

We failed. Ketuanan Melayu won. Ketuanan Mahathir won. Ketuanan wang won. The system was perverted so they could put Anwar away. Anwar was jailed for 6 years but they damaged our constitutional institutions and took away our fundamental rights in the process.

For some of those that stayed on the sidelines because they had property, the perverted system stole their property. The Federal Court decision of Adorna Properties vs Boonsom Boonyanit turned Malaysia into a thieves’ paradise.

For some of those that stayed out of harm’s way because they had a business, the perverted system robbed them of their business. The Federal Court decision of Insas Berhad vs Ayer Molek was so unjust the judge said that “ Something is rotten in the House of Denmark” [where the courts were located at that time].


Frustration and Despair
On March 8, 2008, you voted for change. I know today you are frustrated, angry and in despair. The mainstream BN controlled media reports that the three parties in Pakatan Rakyat are bickering amongst themselves. Perak was lost because of three elected representatives jumped across. Zulkifli Nordin is running around and saying things that UMNO will say and not what Pakatan Rakyat MP will say. Zahrain Hashim, Tan Tee Beng and Wee Choo Keong are given wide media coverage for saying things are not all going well in Pakatan. What you ask is going on?

Firstly, if we believe in the freedom of expression, we must accept that just as some people will not like to hear what we have to say, we have to accept that these people will also have the right to say what we do not like to hear. Secondly, if we believe in the rule of law and the rules of natural justice, then we must apply the rule that no man is to be condemned unheard. The right to be heard is an important rule of procedure. If we believe in these principles then we must follow them. Party discipline will be instilled. Those who can explain and justify their actions will be excused those who cannot will be dealt with and punished in a manner that fits the severity of the offence. The party will cleanse the impurities and straighten the indiscipline.

Traitors
KeADILan representatives have been tested and are constantly being tested. Unfortunately, several have failed the tests. If you are angry and frustrated, I am angry and frustrated one hundred times more than you. The problem of traitors and treason has been with us since history began. We will never know what lurks in the hearts of men. Caesar found out too late and was assassinated by Brutus his closest friend. Jesus Christ was betrayed by Judas, one of his own 12 handpicked apostles. France elected Marshall Petain to lead them in the World War II against Germany to see him surrender and hand over France to Hitler after only a few weeks. Americans appointed Benedict Arnold in their war of independence as its general only to see him cross over to the British.

However, I know that truth and right will always prevail and many more who answer the call and come forward. Marc Anthony came forward and saved the Romans from Brutus. The apostles spread the message of Jesus Christ after Judas. General Charles De Gaulle liberated the French from the Germans. George Washington won the war of independence for the Americans.

I take heart that there are many leaders in Pakatan Rakyat are loyal and honest. They seek to serve, to strive and not to yield. I know that many more of you will come forward and offer yourself to serve our cause.

Focus
You and I have started a journey on March 8. We are walking on a tight rope from the 12th General Elections to the 13th General Elections. We have to focus on the rope in front of us. BN is trying to shake us and throw us off balance. Some of those whom we trust have fallen and some others may fall in the days to come. You must know that in this walk you are not alone. They are many of us who will walk with you. We will walk with you and take you from the darkness in the valley of shadows to light at the mountain top. Nelson Mandela said it is a long walk to freedom. We must stay focus in this walk. We must keep our faith that take heart that right and truth always prevail. We must take heart that if we hold on together we will overcome. It always has and always will.

Free Anwar
We must focus on the threat before us. It is not Anwar that is on trial. We, Malaysians are on trial. The world is watching us. We, Malaysians must stay the course. We must continue our fight for truth and justice. Anwar is a victim of injustice. Malaysians are victims of injustice. The trial is not Anwar’s fight alone. It is not Keadilan’s fight alone . It is all Malaysians’ fight. It’s everyone’s fight. All of us who desire democracy, justice and liberty must stand up and with one voice call on Najib to release Anwar, to release Malaysia . We must stand up and be counted. We must stand up against corruption, abuse of power and oppression. We must not allow those who use racial disharmony, religious sensitivities and misguided nationalism to rob us. The price of liberty is eternal vigilance. The price of justice is constant action. Justice and liberty must be fought and refought every day. We must be prepared to pay the price before we can begin to enjoy the blessings.

I am sure that if we stay focused, if we stay together we will prevail.
Posted by Web Master at 1:53 PM